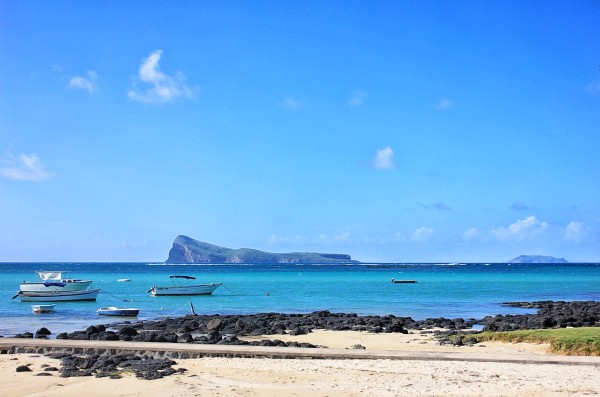 When is the best time to visit Mauritius? The answer depends on your preferences, and what you’d like to do. Let’s have a look at the advantages and disadvantages of visiting during different times of the year:

This is the most popular (and also most expensive) time to visit Mauritius. In addition, it’s the start of the Mauritian summer, so the weather will typically be hot and humid, with humidity increasing as we move into January. The festive season is a great time to visit the island, however be prepared for crowds. Popular activities like the Ile aux Cerfs Speedboat Trip and Swimming With Wild Dolphins should be booked well in advance, as should hotels, even if you’re planning multi-day excursions.

Summer Season (mid January to the end of April)

While the crowds start to die down after mid January, the summer season is Mauritius is still quite busy. Expect the weather to be hot and humid, with frequent afternoon showers. Summer is also cyclone season in Mauritius, however, cyclones rarely hit the island directly. Tropical fruits (mangos, lychees) and in abundance. The water is warm (27 – 29 degrees), and teeming with tropical fish. During this period Mauritius is a quintessential tropical destination. For many, this is the best time to visit Mauritius, especially those from the northern hemisphere. This is a great time of year to do sea activities in Mauritius.

Fall & Winter Season (May to the end of September)

Typically, the weather starts to cool in May, however, May and the first half of June are typically beautiful months. The heat and humidity is not as oppressive as it is in the summer, and rain is less frequent. The water remains warm (26 – 27 degrees) and there are fewer people as we enter the low season. If you’re not a huge fan of heat and humidity, but still like warm weather, the first part of this season is likely the best time to visit Mauritius. As we get into July and August, we enter the heart of the Mauritian “winter”. Temperatures during this period are comparable, albeit slightly warmer, then many northern European cities during this period. For guests from South Africa, Mauritius will be warmer than anywhere, even Durban. Anticyclones (areas of high pressure accompanied by cooler winds and dry weather) are relatively frequent during this month, and are more noticeable on the south and east coasts. If you prefer relatively cooler weather, this is the time to visit Mauritius. Furthermore, Whale Watching and dolphin spotting season starts in July.

Daytime temperatures warm rapidly during October, and by November, maximum temperatures over 30 degrees are common along the coast. However, nighttime temperatures remain relatively comfortable, and humidity, while on the increase, is lower than summer. This is also the sunniest time in Mauritius. Don’t forget the sunscreen! If you like sunshine and warm weather but aren’t a fan of humidity, this is likely the best time to visit Mauritius. Given the dry weather, it’s a perfect time for hiking.