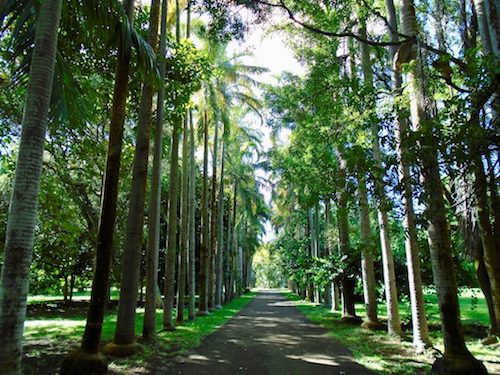 August is the last real month of winter in Mauritius. By the end of the month, high temperatures begin to climb, and the sun becomes stronger. Even though it’s winter, remember that Mauritius is in the tropics, and the UV index is still relatively high. By the end of August, the sun is as strong as the summer sun along the Mediterranean. Warm days, mild nights and relatively little precipitation are all features of the August weather in Mauritius.

Temperatures in August are similar to July. High temperatures begin to creep up by the end of August. Expect daytime highs in the mid-20s (upper 20s on warmer days) along the coast and overnight lows in the mid to upper teens along the coast. The south and east coasts will typically be 2-3 degrees cooler than the north and west coats during the day making it great for private tours like big game fishing

Humidity is low in August.

August may see short bursts of rain, but in general, is a dry month.

Just like July, anticyclones are still common in August. Again, these tend to be more pronounced on the south and east coasts. Outside of these anticyclones, conditions are generally not windy.

There are no cyclones in August

August is a sunny month, with UV indexes creeping up to 9 by the end of the month.

Sea temperatures are their lowest in August, and bottom out at 23-24 degrees. This is similar to summer sea temperatures off of the coast of Andalusia, Spain.