We very frequently get the question: ‘What is the best month to travel to Mauritius?’ Well, the ‘best’ month depends on exactly what kind of weather you’re after, what kind of Mauritius activities you plan to do during your stay here, and what type of Mauritius attractions are on your list. Some would take a dry 25 degree day over a humid 35 degree day any day. Others want to feel that tropical heat. So, we’ve broken it down for you nice and simply:

I love the heat and humidity: If this is you then you want to come in late December to early April. Remember this is also the rainiest time in Mauritius, but most of the time the rain falls heavily for a short period of time only. The exception is when a tropical cyclone comes near the island. In these cases, the rain and wind can persist for several days. The central plateau is also significantly rainier than the coastal regions during these months, with the north and west being the driest. February is the hottest, most humid and rainiest month. This period is a great time to be a beach bum or to take advantage of all the activities Mauritius has to offer but don’t worry, even if it rains, we’ve got you covered. Here is a list of things to do in Mauritius when it’s raining.

Soak up the sun in Mauritius.

I just want sunshine: If this is you then October and November are the best months to visit. These are the sunniest and driest months in Mauritius, with the north and west seeing the most sunshine. However, during these months even the central plateau tends to by sunny most of the time. October is the transition between ‘winter’ and summer, so expect evenings to be a little cool during the first half of October (a light jacket way be a good idea), but by November, areas in the north and west of the island are regularly hitting 30 degrees in the day and humidity starts to build throughout November as well.

I can’t take the heat: If you like it warm, but not hot, then June to September are when you want to visit. Temperatures are comparable to a nice summer’s day in Paris or London. The north and west coasts see the warmest temperatures, with the most sunshine, while the east, south and centre see slightly cooler temperatures and a bit more cloud cover. It can also be fairly windy when an anti-cyclone approaches the island, especially in the east and south. It can get cool at night, by Mauritian standards, with temperatures dropping to 15 degrees on the coast and as cold as 10 degrees in the centre during clear nights in July and August. A light jacket is definitely a good idea during the evening, but days are generally warm enough for suntanning and swimming, especially in the north and west.

I want the water to be warm: The water is at it’s warmest in February and March at about 28 degrees. However, water temperatures remain 26 degrees or above from December to May.

I want to windsurf: July and August are the best months for windsurfing when the southeast trade winds are at their strongest. 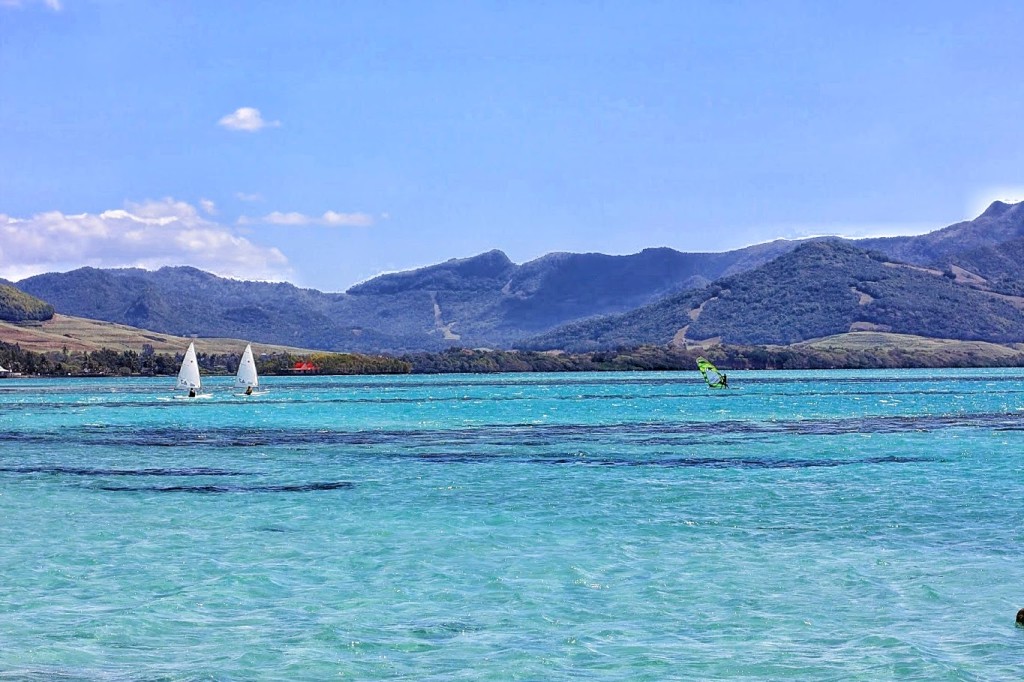 I like it sunny, but not too hot: If this is you, May, June and October may the best months to come. While the north and west remain fairly sunny throughout the Mauritian winter (June to September), the east and south see more cloudy days in July and August than May and June. May is also the month when the humidity starts to subside, and temperatures slowly begin to drop.

I want to witness a tropical cyclone: While cyclones don’t hit Mauritius most years, statistically February is the month with the greatest chance of seeing one.

Whatever type of weather you’re looking for, Mauritius has it (with the exception of cold, of course!). It’s true what they say, any month is a good month to visit Mauritius.