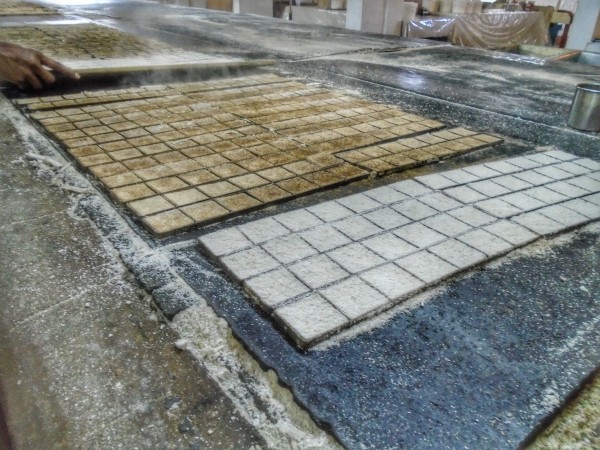 As soon as we arrived at the Rault Seneque family estate, aptly named Les Délices, we were immediately transported back in time. It’s a quiet, unpretentious estate surrounded by lush tropical greenery: coconut trees, cassava plantation and mango trees. We could hear the birds chirping while the old hydraulic pump was working at its own rhythm not too far away from an ancient well. 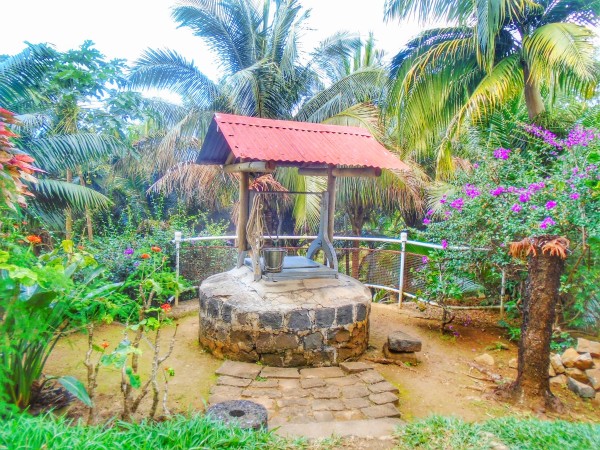 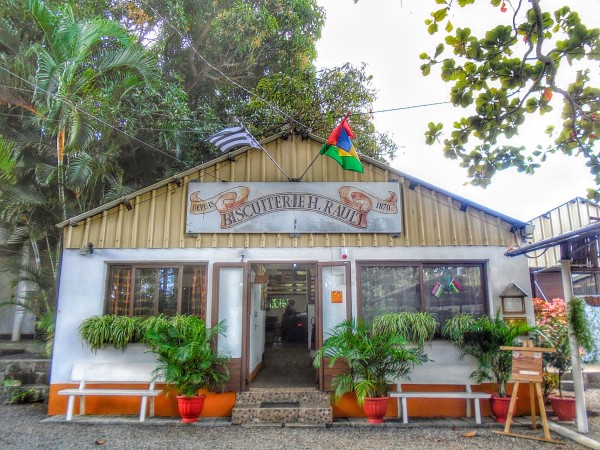 We walked past the big old badamier (almond tree) and were greeted by a friendly hostess. The biscuiterie (biscuit factory) offers three choices: a guided tour only, a guided tour with tasting or a tasting only. If you’re unsure about which one to pick, the wonderful aromas of the freshly made biscuits coming from the production area should quickly convince you to book a tasting! We opted for (and highly recommend) the guided tour and tasting and off we went with our knowledgeable guide! 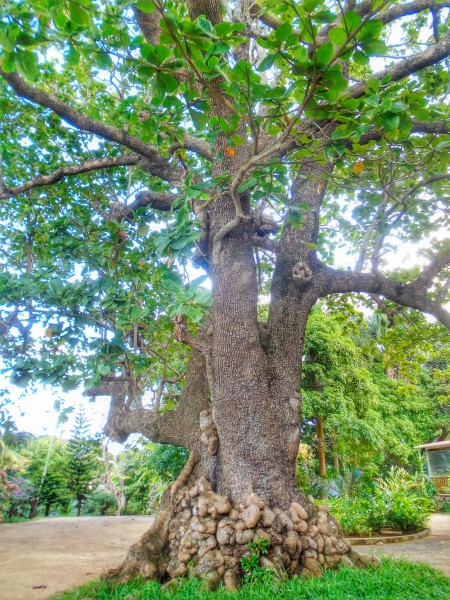 The tour was fascinating; we learned about the history of the Rault family, the origins of the cassava biscuits in Mauritius, and the journey of this family business over the past 145 years.

Did you know? Cassava, known as Manioc locally, was first introduced in Mauritius in 1735 by Mahé de Labourdonnais? It was first used to feed cattle and the slave population but later, during the first world war, it became popular when staples such as wheat flour was in shortage?

Almost everything at the cassava biscuit factory has remained unchanged since the start of this family enterprise in 1870, when they first made the now famous and very popular biscuit manioc.

The estate grows its own cassava, which are brought in every morning and weighed on the old school scale. They are then washed and peeled in a machine that was invented by one of the family members. The cassava is then transformed into the cassava flour which is used to make these delicious treats.

While we didn’t discover the secret family recipe, we can tell you that there are no preservatives, binding agents, milk or even water used in the process. The cassava biscuits are made with their traditionally made cassava flour, sugar and the delicious flavours: coconut, vanilla, star anis, butter, chocolate and cinnamon. 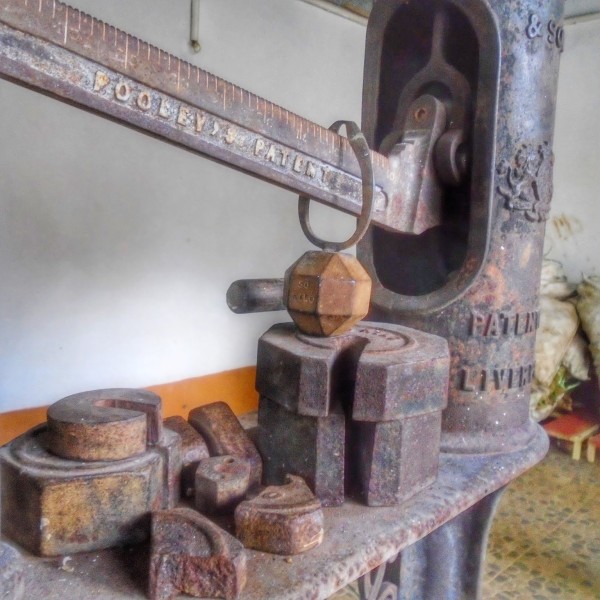 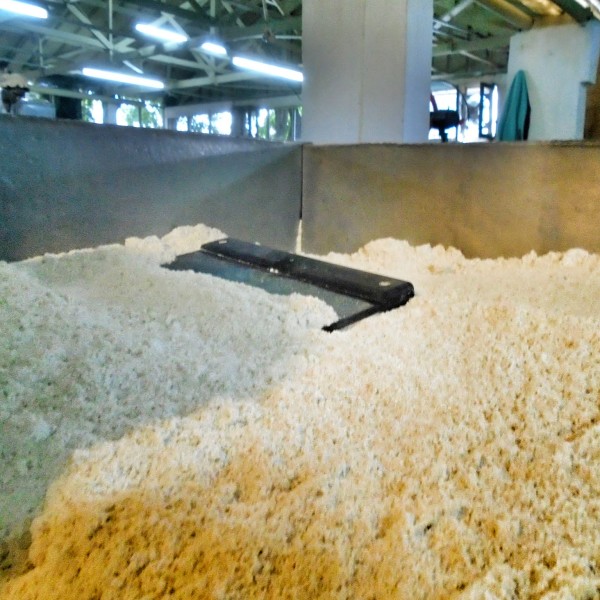 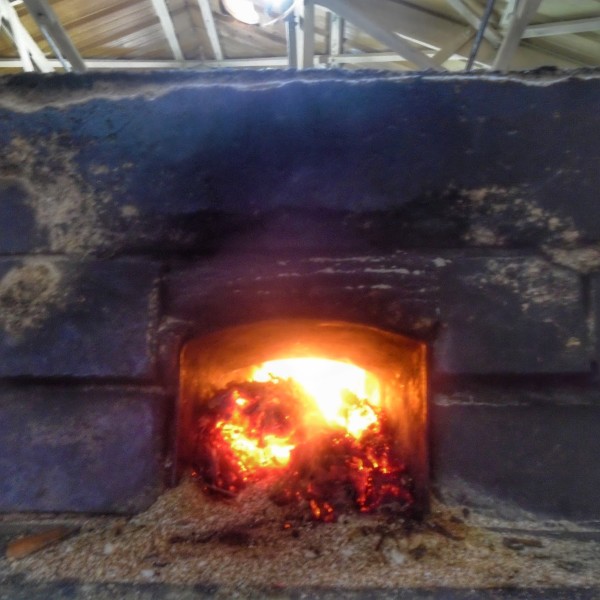 Once the mixture is ready, it passes to the cooking stage. These delicious goodies are cooked over hot metal plates, heated in traditional fashion by dry ravenal leaves!

The skilled ladies inspect and turn the biscuits until they are just perfect. The biscuits are then gradually cooled down, and ready to be packaged. Even the packaging is done manually! We were lucky to taste the hot biscuits, right off the plates and we devoured! 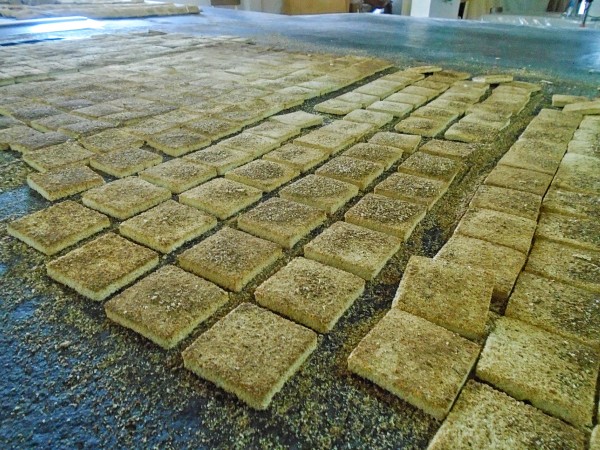 Fun fact: The glue used to package the biscuits are just a mixture of corn flour and water! 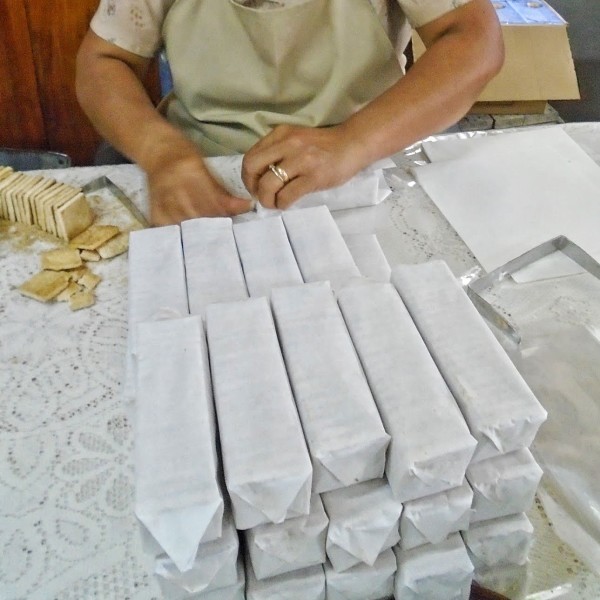 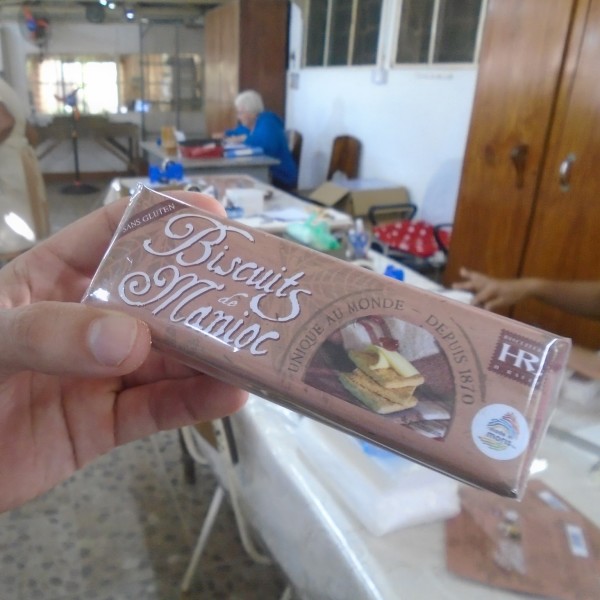 After the tour, we greedily sampled all the biscuits and galette choices while enjoying a nice cup of tea in the peaceful surroundings of the estate.

What we loved about this place was that it’s managed to remain unchanged and authentic over 145 years! Everything from the recipe, to the production is artisanal, making it one of the most unique places to visit in Mauritius. And for those with gluten allergies or sensitivities, you will be happy to know that these biscuits are made with all-natural ingredients and is gluten-free. In fact, they are also dairy, egg and preservative-free! 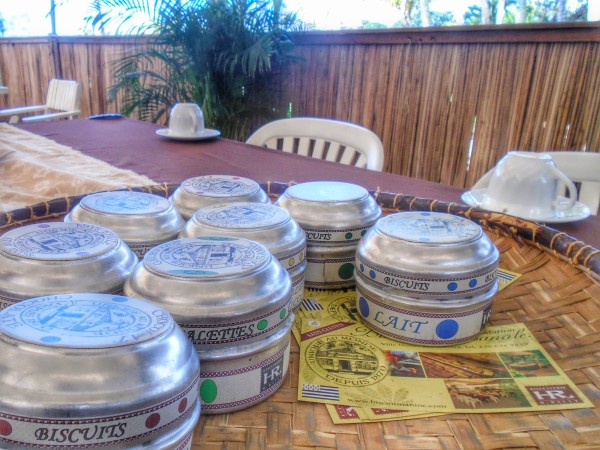 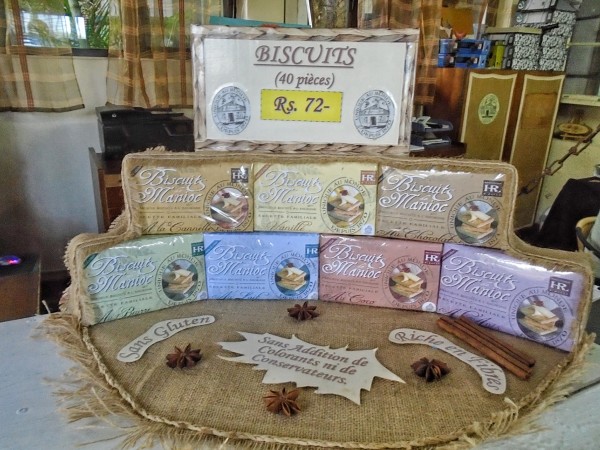 If you’re wondering where to buy these goodies, you can purchase them at the estate or in supermarkets in Mauritius. All the biscuits sold are sold locally only, except for some that are exported to Australia for some members of the family.