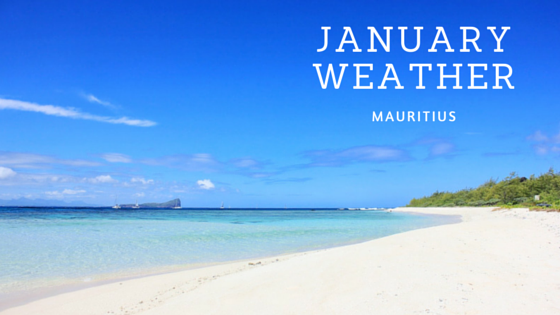 We often get questions about the weather in Mauritius during specific months of the year, so we’ve decided to start a little 12-part series which explains the weather across the island each month of the year. For more information about where to stay, check out our blog post Where to Stay in Mauritius.

There are two words that can be used to describe the January weather in Mauritius anywhere on the island: hot and humid.

Summer is in full swing and temperatures are at their peak in January and February. Daytime highs range from 30-35 degrees along the coasts, with the highest temperatures found in the North, West and especially around Port Louis. In the centre of the island, daytime highs are between 26 and 29 degrees. Nighttime lows are between 22 and 25 degrees along the coast and 20-22 degrees in the centre.

Humidity is high across the entire island in January, with only February seeing more humid weather.

January is the second wettest month of the year (after February), however entire days with non-stop rain or several rainy days in a row are rare and usually only happen if a cyclone or large low pressure system is near the island. Generally, rain comes in short, sharp bursts lasting between a few minutes and a couple hours, occasionally accompanied by thundershowers. It is more common in the late afternoon and early evening. The West experiences somewhat less rainfall than other parts of the island and the Centre experiences the most.

Apart from cyclones, January is generally not a windy month. Periods of strong winds may be felt during downpours, or when a cyclone approaches the island, but other than these times, winds are usually not a factor anywhere on the island.

There is a risk for tropical cyclones in January, however direct hits on the island are rare. More commonly, cyclone passes near the coast, providing  a day or two of rainy and windy weather.

January sees abundant sunshine with daily averages between 7.5 and 8 hours along the coasts and 7 to 7.5 hours  in the Centre. Typically most days see at least a few hours of sunshine with many days being primarily sunny. The North usually experiences slightly more sunshine than other parts of the island.

The sea is between 27 and 28 degrees in January making it very comfortable for swimming. You will not experience any sort of shock when entering the water. 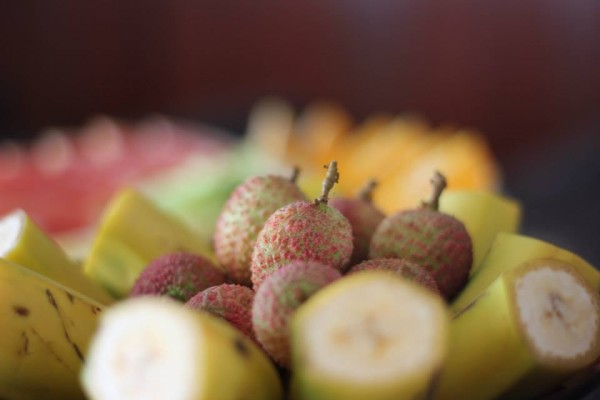 Make sure to taste Mauritian lychees during your stay!

Here are some of our most popular Mauritius activities and excursions during this hot and humid weather: