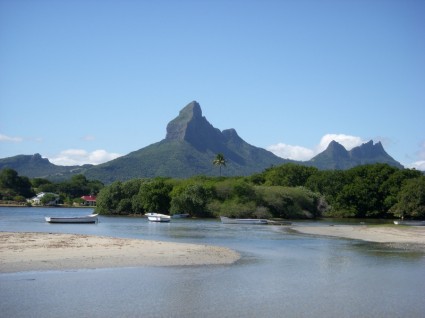 April weather in Mauritius is characterized by slightly decreasing temperatures, humidity and rainfall. April is the last official month of summer in Mauritius. Temperatures and humidity subside as the month goes on, but remain hot through the entire month.

Daytime temperatures in April typically hover between 28 and 32 degrees along the coasts, with lows in the lower 20s.

While April is humid, it’s less humid than March. Many people find the end of April an ideal time to visit because the humidity of summer has started to drop, but both air and sea temperatures remain warm.

Monthly rainfall in April is slightly less than March, but does decrease substantially by the end of the month. Afternoon showers are common, but their intensity is usually less than the peak of summer.

Other than during cyclones, April is not a windy month.

April is the end of cyclone season in Mauritius. Cyclones are still possible in April, but the probability of one nearing Mauritius decreases as the month goes on.

Sunshine levels in April are similar to those in March. The North and West typically see the most sunshine.

Sea temperatures remain warm, at around 28 degrees in April.