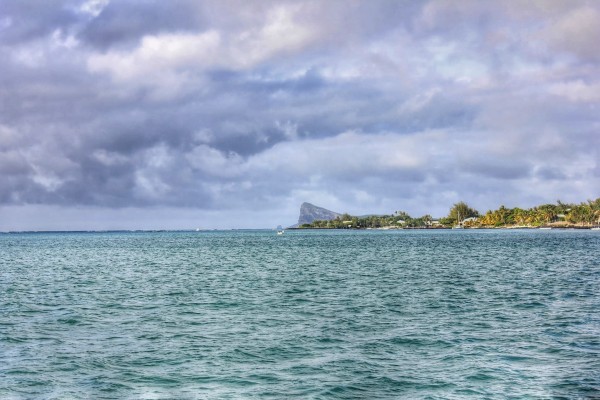 February is historically the wettest, hottest and most humid month in Mauritius. Statistically, it also has the greatest possibility of tropical cyclones. But, does that mean it will be a washout? Let’s find out!

February is the most humid month in Mauritius.

While February is the wettest month of the year, it is by no means a washout. In fact it is common to have several dry days in a row in February. Nevertheless, chances are you will experience a heavy down poor at some point during your trip. The South and East regions are wetter than the North and West. Rain usually falls in short, sharp bursts often in the late afternoon. However, it is possible to have a day or two with steady rain, and if a cyclone is nearby, even 3-4 days.

Other than during cyclones, February is not a windy month.

February is statistically the month in which the most cyclones hit Mauritius. However, most years cyclones do not hit the island. It is more common for cyclones to pass close enough to give rainy and windy weather, but not cause any damage. Only every 10-15 years does a major cyclone hit the island.

Even though February is the wettest month it does still see abundant sunshine, although slightly less than January and March. On average, the coastal regions see 6.5-7.5 hours of sunshine daily. The North and West receive more sunshine than the South and East.

Sea temperatures peak at 28-29 degrees in February and March.